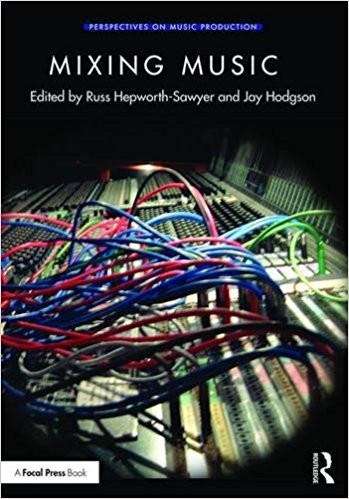 This series, Perspectives On Music Production, collects detailed and experientially informed considerations of record production from a multitude of perspectives, by authors working in a wide array of academic, creative and professional contexts. Each volume in the series thus focuses directly on a distinct aesthetic "moment" in a record's production, from pre-production through recording (audio engineering), mixing, mastering, to marketing and promotions. This first volume in the series, titled Mixing Music, focuses directly on the mixing process. 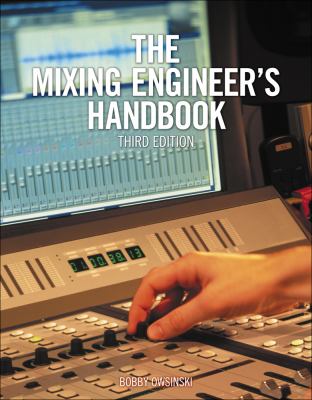 Thanks to the revolution in affordable recording and mixing technology, more music is being written, produced, and mixed today than ever before. The mixer's art is now a unique blend of time-tested principles and skillful technique using the latest high-tech tools. If you're ready to learn today's art of mixing, this is the book for you. THE MIXING ENGINEER'S HANDBOOK, 3RD EDITION, is the latest update of the most popular book on audio mixing ever written (more than 150,000 copies sold). Popular producer/engineer, author, and teacher Bobby Owsinski covers all the fundamentals, breaking the mixing process down into easily understandable elements. He covers the things you need to know most, including the variety of mixing styles, the six elements of a mix, the rules for arrangement, and how to build a mix. You'll also learn the secrets of equalization and "magic frequencies," along with easy-to-grasp methods for adding effects, EQ'ing reverbs, sonic layering, calculating delay time, and much more. In addition to the solid instruction in today's mixing principles, you'll also find great advice in Bobby's interviews with top mixing engineers and producers. Getting a great mix is no accident; it requires a thorough knowledge of the fundamentals of the art. Read THE MIXING ENGINEER'S HANDBOOK to learn how it's done. 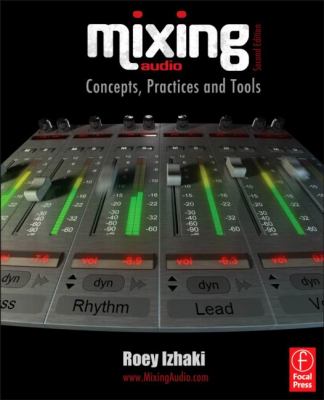 Your mix can make or break a record, and mixing is an essential catalyst for a record deal. Professional engineers with exceptional mixing skills can earn vast amounts of money and find that they are in demand by the biggest acts. To develop such skills, you need to master both the art and science of mixing. The new edition of this bestselling book offers all you need to know and put into practice in order to improve your mixes. Covering the entire process --from fundamental concepts to advanced techniques -- and offering a multitude of audio samples, tips and tricks, this book has it all. Roey Izhaki teaches you the importance of a mixing vision, how to craft and evaluate your mix and then take it a step further. He describes the theory and the tools used and how these are put into practice while creating mixes. Packed full of photos, graphs, diagrams and audio samples, Mixing Audiois a vital read for anyone wanting to succeed in the field of mixing. New to this edition: * Multitracks provided to help practice mixing * Fully updated with current plug-in and software version and information  * Companion website with a multitude of new samples including more macro-mixing samples  * A new sample mix: Rock n' Roll 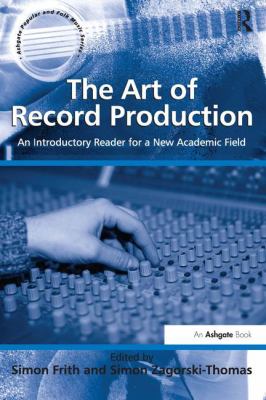 The Art of Record Production : An Introductory Reader for a New Academic Field

The playback of recordings is the primary means of experiencing music in contemporary society, and in recent years 'classical' musicologists and popular music theorists have begun to examine the ways in which the production of recordings affects not just the sound of the final product but also musical aesthetics more generally. Record production can, indeed, be treated as part of the creative process of composition. At the same time, training in the use of these forms of technology has moved from an apprentice-based system into university education. Musical education and music research are thus intersecting to produce a new academic field: the history and analysis of the production of recorded music. This book is designed as a general introductory reader, a text book for undergraduate degree courses studying the creative processes involved in the production of recorded music. The aim is to introduce students to the variety of approaches and methodologies that are currently being employed by scholars in this field. The book is divided into three sections covering historical approaches, theoretical approaches and case studies and practice. There are also three interludes of commentary on the academic contributions from leading record producers and other industry professionals. This collection gives students and scholars a broad overview of the way in which academics from the analytical and practice-based areas of the university system can be brought together with industry professionals to explore the ways in which this new academic field should progress. 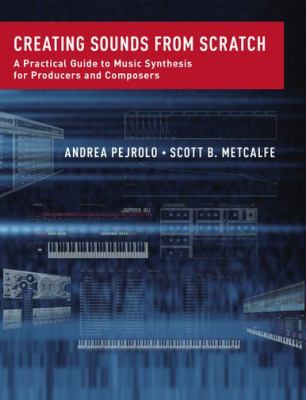 Creating Sounds from Scratch: A Practical Guide to Music Synthesis for Producers and Composers

Creating Sounds from Scratch is a practical, in-depth resource on the most common forms of music synthesis. It includes historical context, an overview of concepts in sound and hearing, and practical training examples to help sound designers and electronic music producers to effectivelymanipulate presets and create new sounds from scratch.The book covers the all of the main main synthesis techniques including analog subtractive, FM, additive, physical modeling, wavetable, sample-based, and granular. While the book is grounded in theory, it relies on practical examples and contemporary production techniques to illustrate how thereader can utilize electronic sound design to maximize and improve his/her work.Creating Sounds from Scratch is ideal for all who work in sound creation, composition, editing, and contemporary commercial production. 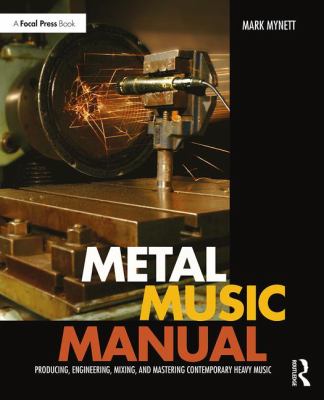 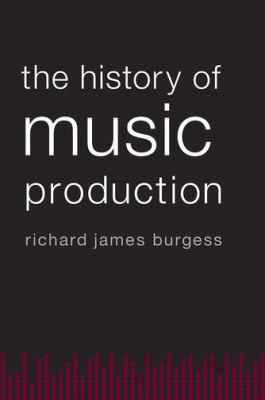 The History of Music Production

Richard James Burgess draws on his experience as a producer, a musician, and an author in this history of recorded music, which focuses on the development of music production as both art form and profession. This comprehensive narrative begins in 1860 with the first known recording of anacoustic sound and moves chronologically through the twentieth century, examining the creation of the market for recorded sound, the development of payment structures, the origins of the recording studio and those who work there, and, ultimately, the evolution of the recording industry itself.Burgess charts the highs and lows of the industry through the decades, ending with a discussion of how Web 2.0 has affected music production. The focus remains throughout the book on the role of the music producer, and Burgess offers biographical information on key figures in the history of theindustry, including Fred Gaisberg, Phil Spector, and Dr. Dre.Undergirding Burgess's narrative is the argument that while technology has historically defined the nature of music production, the drive toward greater control over the process, end result, and overall artistry came from producers. In keeping with this unique argument, The History of MusicProduction incorporates clear yet in-depth discussion of the developmental engagement of technology, business, and art with music production. Burgess builds this history of music production upon the strongest possible foundation: the key transitions, trends, people, and innovations that have beenmost important in the course of its development over the past 136 years. The result is a deeply knowledgeable book that sketches a critical path in the evolution of music production, and describes and analyzes the impact recording, playback, and disseminative technologies have had on recorded musicand music production. Central to the field and a key reference book for students and scholars alike, it will stand as a companion volume to Burgess's noted, multi-edition book The Art of Music Production. 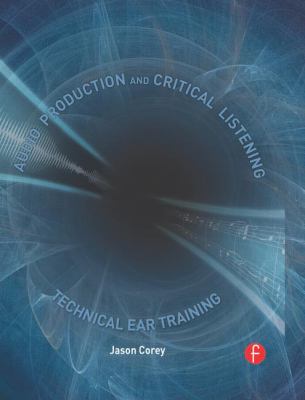 Owners of Audio Production and Critical Listening, some copies of the disc may have issues with the Mac version of the software. For the correct files, please visit www.taylorandfrancis.com/info/contact/ Making decisions about how and when to apply sound processing effects and recording techniques can make or break your song mix. The decisions you make come down to your listening skills--what you hear and how you perceive it. Your ability to properly discern sound, identify a problem, and act accordingly, especially when the decision needs to be made quickly, makes all the difference to the success of the final track. Audio Production and Critical Listening develops your critical and expert listening skills, enabling you to listen to audio like an award-winning engineer. The interactive "ear training" software practice modules give you experience identifying various types of signal processes and manipulation--EQ, dynamics, reverb, distortion, delay, and more. The software sits alongside the clear and detailed explanations in the book, offering a complete learning package that will help you train your ears to listen and really "hear" your recordings.